The Impressive Marine Life of the Riviera Maya

The Impressive Marine Life of the Riviera Maya

The Riviera Maya is the exotic and impressive stretch of Caribbean coastline that runs South from Cancun; a place with many all-inclusive resorts and plenty of smaller rental properties for those who wish to "self-cater". A festive atmosphere of a truly breath-taking holiday destination. It pulses with excitement and energy; a place people flock to, to get away from the day-to-day normality of life at home; a place to recharge your soul with what it craves. It offers something exciting to tempt all tastes; from the awe-inspiring Mayan ruins, the bustling and vibrant city of Playa del Carmen with its pristine white sand beaches stretching for several miles and then the slightly slower and quieter life of the Akumal area.

Our favourite part of it is the secret life that happens beneath the surface of the calm turquoise water. It is what we love to share with our guests, whether they are seasoned professionals or first-time divers. It is a chance to visit another world, one that is so close to ours in distance but so very far from ours in likeness. A place of beauty and tranquillity, almost surreal in the glimpses it allows us to experience as day visitors in another world. And each area we offer dives to have spectacularly different forms of life, making it nearly impossible to choose a favourite spot!

The Life of an Akumal Turtle

If seeing beautiful turtles is what you are keen on, an Akumal Dive will be right up your alley. We are lucky enough to have three different species of turtle here, and two of the three of them are usually around for most of the year. 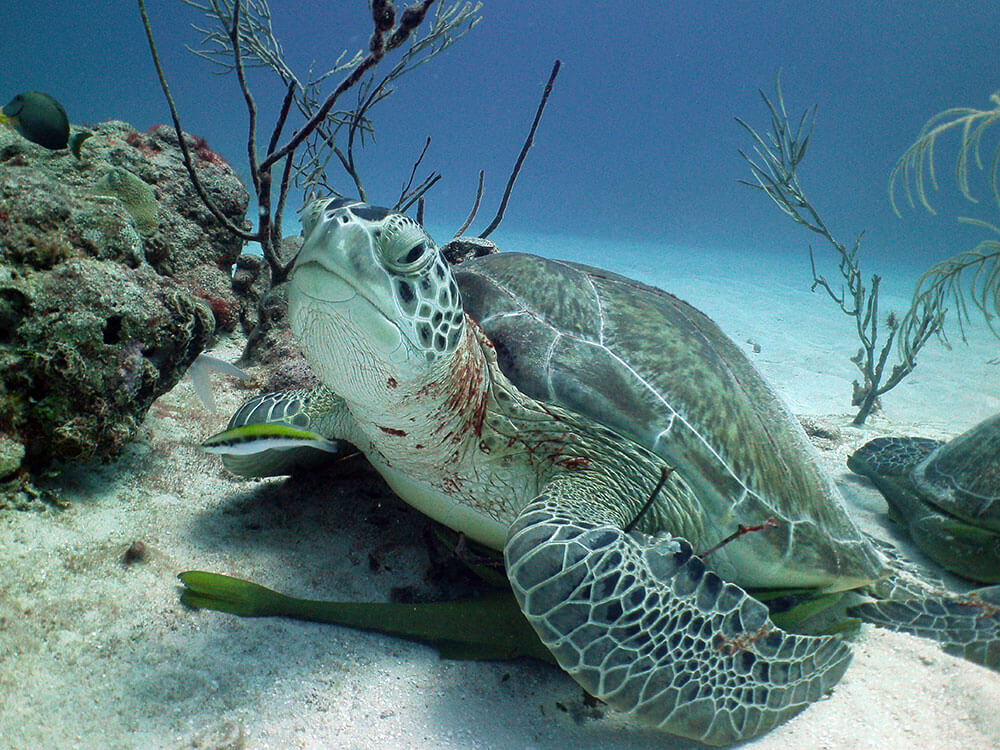 However, Akumal doesn't only offer turtle sightings. There is an exciting range of species, including some rare sightings if you have patience and a touch of resilience. 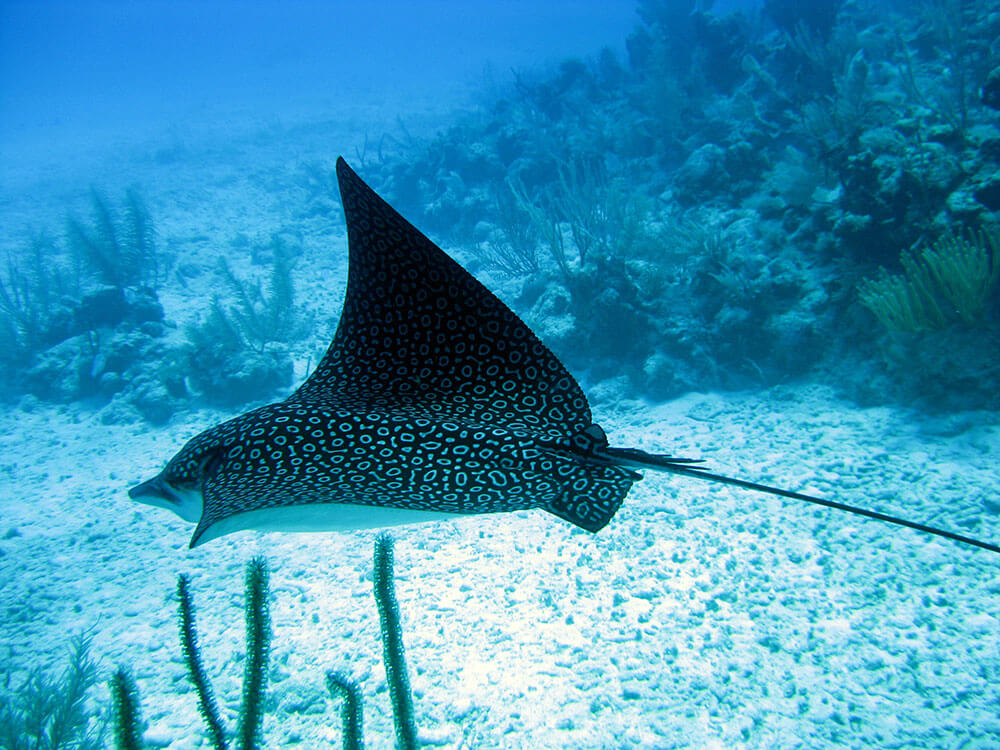 Cozumel Island is an unspoiled paradise island, perfect for those wanting to relax and absorb the sun. Because it is largely undeveloped, the crystal-clear waters surrounding it are a Divers dream. You will see vividly coloured sponges, plenty of tropical fish, massively vast coral heads and little tunnels and caves.

The Splendid Toad fish (named Splendid because there is just no other suitable name to describe this creature!), is indigenous to Cozumel Island only and a truly great fish. Patience is the key to finding them as they do like to hide away during the daytime. 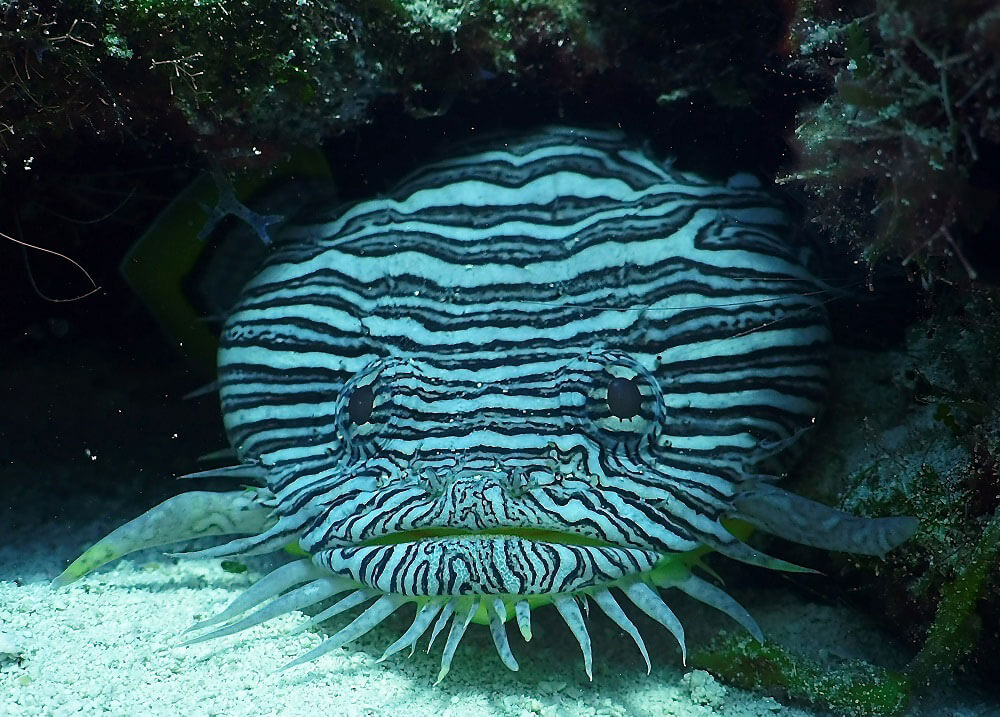 One of the more common finds while on Cozumel is the Nurse shark. They are wonderfully docile creatures, and you could spot three or four of them on your dive. It is unclear as to why they are called Nurse sharks, but one theory is that it comes from the sucking sound they make while hunting for prey in the sands.

Just off the coast of Puerto Morelos lies another spectacular diving attraction. The wreck of a 1943 US Navy minesweeper lies sleeping in the water, creating a habitat for so many different species. This ship was purposefully sunk by the Mexican Navy, and is a must-see when you are in the area. It is a poignant reminder of how Nature takes over when given the opportunity. You can expect to see Eagle Rays as they are a common sight here, as well as Barracuda which are abundant here. If you are hopeful of seeing a Moray Eel , your chances are good here. This is an opportunity not to be missed. 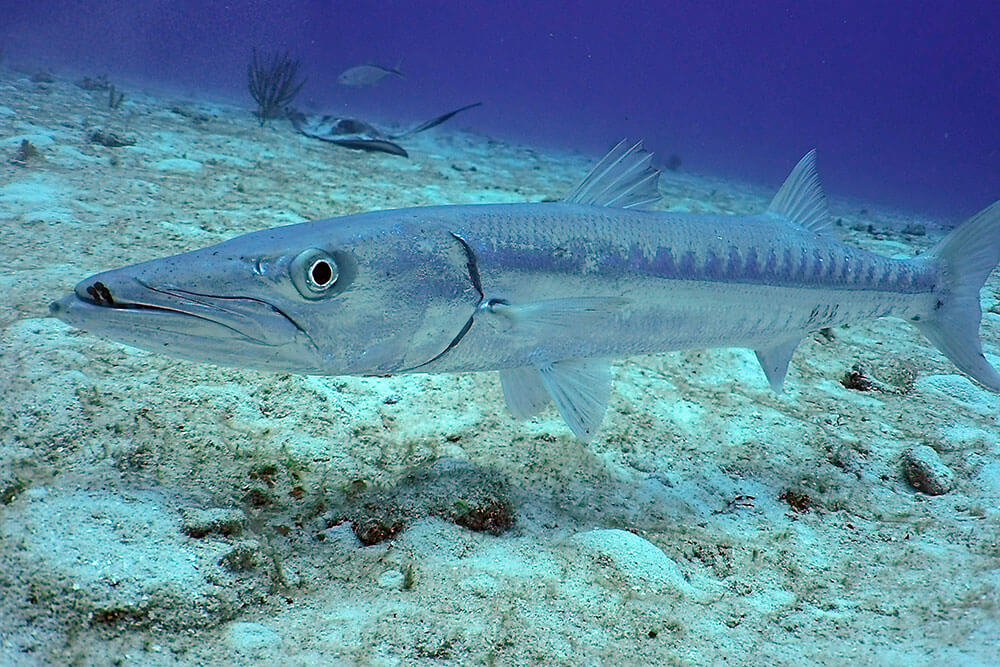 A cenote is a huge underground river system full of mystical caverns. They are open and accessible to certified divers, and an awe-inspiring experience. The best way to describe them would be as underwater sinkholes, full of crystal-clear fresh water.

Casa Cenote is in a unique position, tucked into a mangrove close to the sea. If ever a jungle was going to be underwater, it would look like Casa Cenote. Soft sands and clear skies really remind you that this is an experience that will be hard to forget.

One of the main attractions at Casa Cenote is the resident crocodile , affectionately nicknamed Pancho. He is a small 6ft (2m) croc, and will happily allow you to tick the 'swim with crocodiles' off your bucket list. 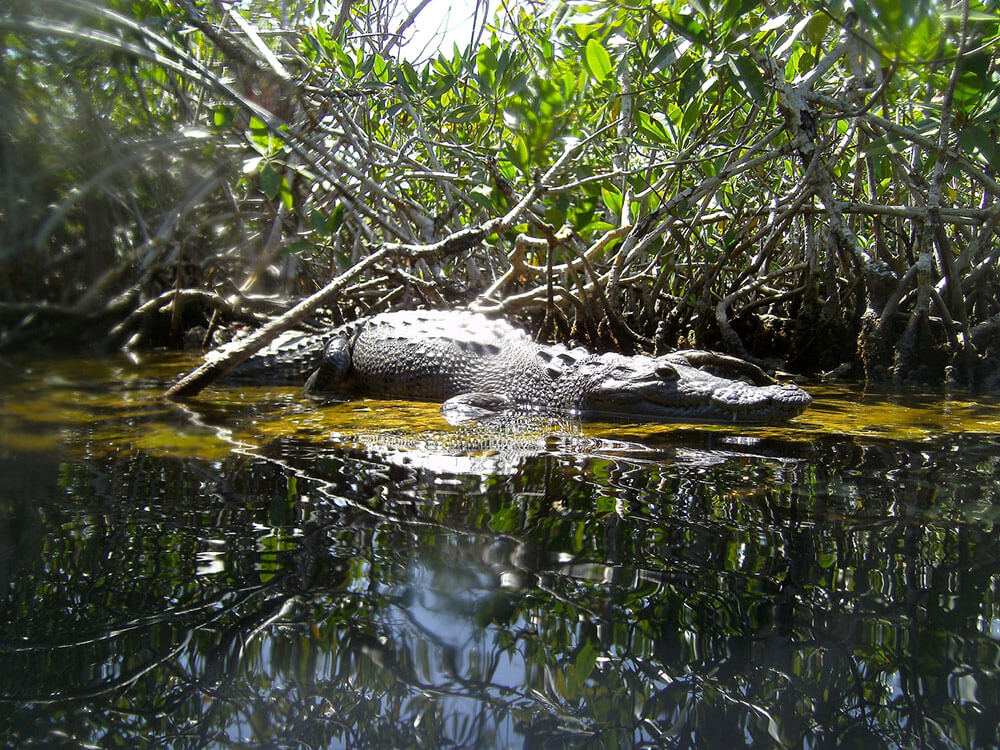 If diving with crocs doesn't really tickle your fancy, what about diving with sharks? In late October, the waters of Playa Del Carmen become home to the Bull Sharks , a truly impressive ocean shark. The pregnant females can reach a whopping 11ft (3.5m) long. They are a species of shark that can survive equally well in freshwater or saltwater, and tend to have a rather aggressive reputation. However, in Playa Del Carmen the females seem to be far more docile and, if anything, a little timid at first. But within a couple of minutes you will be experiencing a "rush" like no other as they come closer and closer to you during your brief visit to their domain. 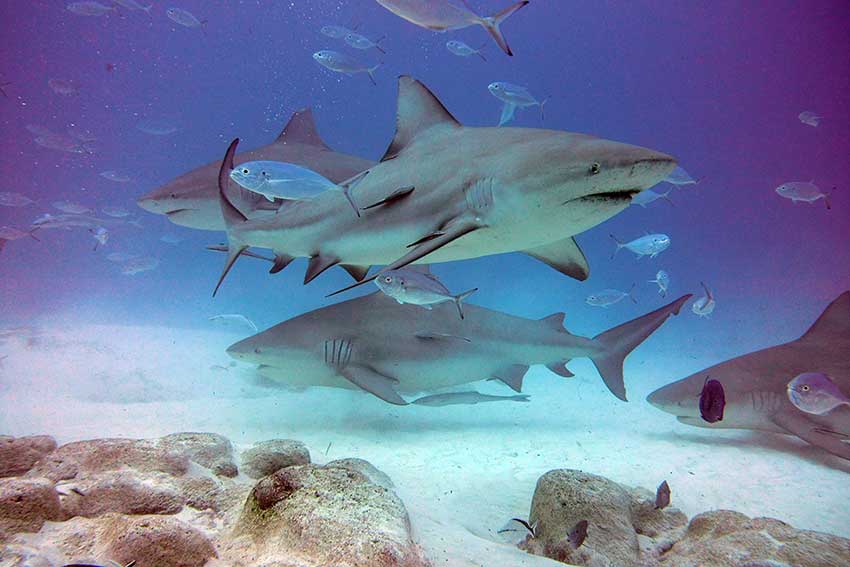 Holbox Island is part of Mexico's largest ecological reserve, a bird lovers paradise. But that's not all! For those who prefer the wonders of the ocean world, it has something amazing on offer too. Vast numbers of Whale Sharks congregate annually just off the coast of Holbox, and between May and August they can be seen feeding on the surface of the Ocean. They are the largest fish in the sea, growing to an unimaginable size of 33ft (11m). This is a once-in-a-lifetime opportunity (unless we convince you to visit us again!) to snorkel very close to them, within 6-10ft (2-3m) of them.

As you can see, for us to have an absolute favourite is incredibly difficult with so much on offer! But what we can say without a shadow of a doubt is that with each and every dive we do, we experience something new and remarkable. We have never yet not had a new encounter, or had a dive that left us bored. We would love to take you on a magical journey of a lifetime with us, and hopefully we get a chance to share with you (over and over again) the paradise we find ourselves in! 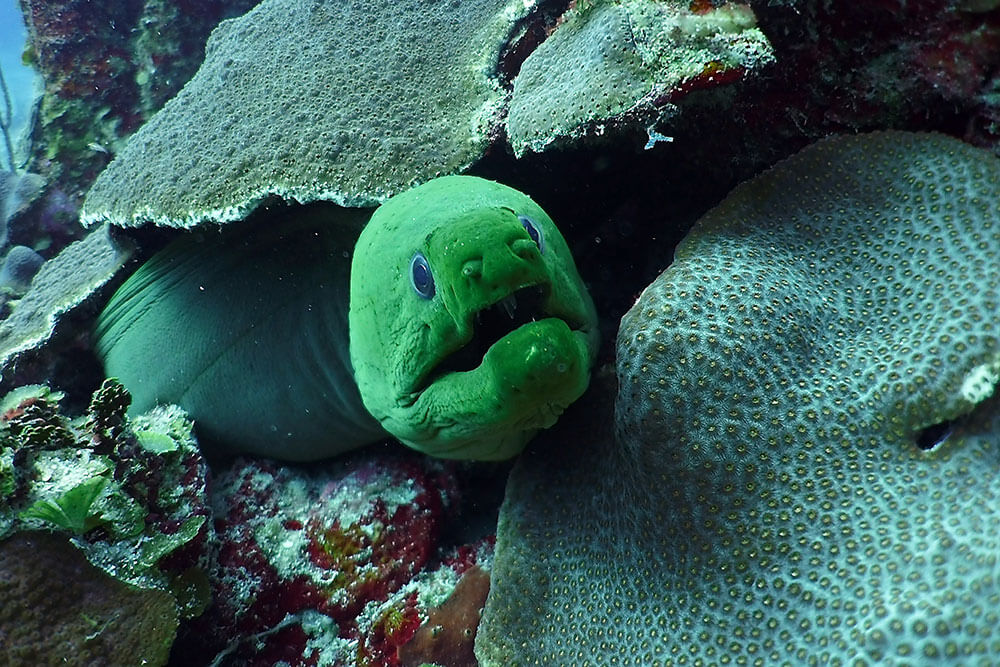 Leave us a quick message or let us tailor our